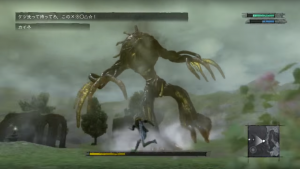 This is a very popular assumption based on broken-phone like retelling of the early in-game quest. However, nowhere in the game aside from this one quest or other Side Materials was this mentioned again. This could also be a throwback to the player since Yoko Taro often mentions how people love to kill things in games.

"Hey, did you know that android battle fever is actually quite similar to the human emotion of “love”? So if we want to know what all those old human records are always going on about, all we need to do is let our fists fly! Makes this whole thing feel more romantic, don’t you think?"
—Jackass during the Jackass' Research Quest [4]

"Here, look at this. See this reaction? It proves that android brains contain an algorithm which allows them to derive pleasure from battle! Without that, we’d probably have stopped fighting a long time ago. What a brutally efficient piece of evolution! It’s possible this is based on an identical pleasure center in the human brain. Man, those fleshbags really were something!"
—Jackass during the Jackass' Research Quest[4]

"The excitement we feel in battle is caused by a type of pleasure-generating chemical produced in our circuits! Anyway, I think I can localize this substance and turn it into a drug that will help expand our combat capabilities. All these advances, and it’s all thanks to YOU! ...See? I told you science was the best. Anyway, keep an eye out for that drug. Once I get it synthesized, it’s all yours."
—Jackass during the Jackass' Research Quest[4]

Jackass describes nothing more than a human-like hormone/dopamine system presented in android's brain, she even makes a E-Drug afterward.